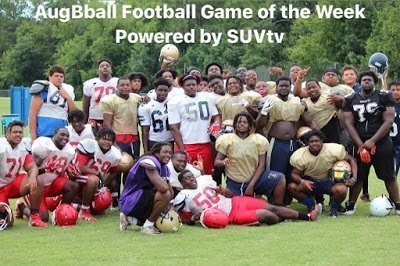 Official 2019 high school football practices started this week, and that means we are that much closer to the beginning of a new year of athletic competition. In addition to the customary coverage of local sports you will find at this blog and on the @AugBball social media feeds, the new year will bring new partnerships for AugBball that will allow us to achieve our mission and purpose – to publicize and tell stories about the outstanding accomplishments of our athletes and leaders – in ways that seemed impossible to me until recently. Our biggest and most exciting new feature this year will be the live streaming of full games, starting with the high school football season, and using the expertise of SUVtv, which has earned the reputation as the leader in high school sports broadcasting by presenting hundreds of high level games annually for the nearly a decade in this region of the country. Help making this project possible will come from foundational sponsors like Lineage of Champions, which in addition to organizing the eight year old CSRA All Star Bowl Week that features this area’s best football players, also operates a national network of travel basketball leagues and tournaments that have included some of the sport’s most famous professional and collegiate players during the past two decades.

Here are the details for our high school football broadcasts, which will begin August 23, the opening night in Georgia and South Carolina for the new season:

The audio segment below was not produced by AugBball. It was clipped from episode 1 (link to full interview) of this season’s TFR Conversations with Coaches podcast series. But the story Hephzibah coach William Harrell tells about his vision for his football program is the kind of story we hope to be able to tell every week of every season: 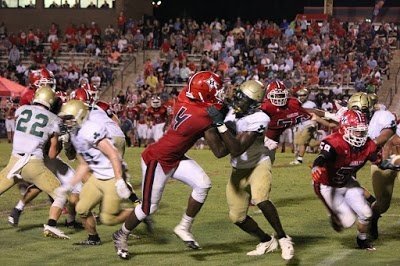 The second week’s feature will be a rematch of last year’s thrilling 33-31 Fighting Irish victory at Harlem. Two returnees (shown above) from that battle are among the area’s most highly recruited players: junior Cameron Garnett of Harlem and senior Jaden Blount of Aquinas. 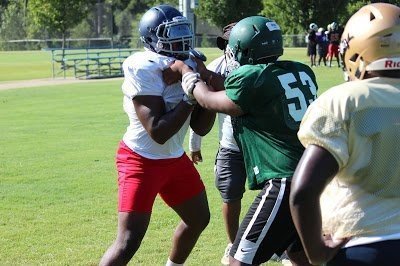 At 6-3 and 280, Grovetown defensive end Simeon Barrow will be difficult to hold at bay. According to Grovetown coach Damien Postell, the senior enters the season with 27 scholarship offers, and his top 5 schools are Michigan State, West Virginia, Missouri, Virginia Tech and Tennessee. 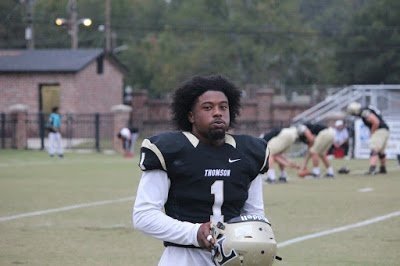 Clarke Central topped Thomson 42-21 last season. Both schools have a rich football tradition. Thomson’s Christian Tutt (shown above), now a sophomore in Auburn’s secondary, is the latest Bulldog to play at the major college level. 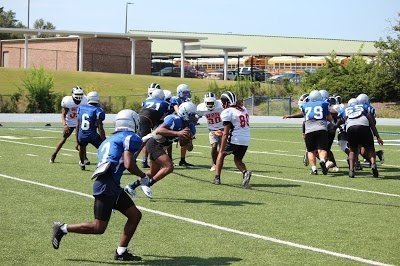 Quarterback Juanya Dove will look for a way to help Burke County reclaim a region title this season after finishing second to Baldwin last season. 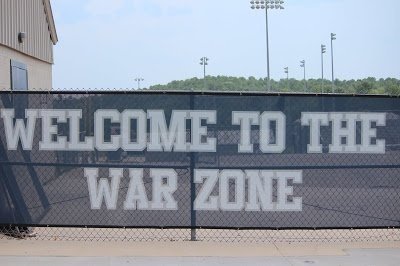 Grovetown will have a difficult task in giving its fans something to celebrate on homecoming night when Thomson tries to spoil the party. 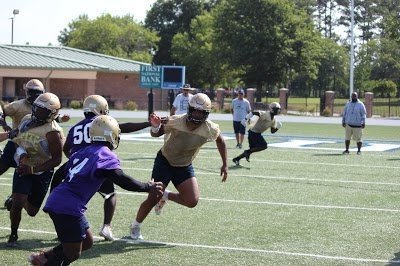 In this matchup between last season’s region champion (Jefferson County) and its runner up (Hephzibah), Jefferson County’s Kydran Jenkins, who has committed to Purdue, will be prowling for Rebel ball carriers.

In this region contest Aquinas will try to contain Donovan Anthony, a three year starter at quarterback who will play football for Army in college. The Irish have won the last two meetings, both in Washington.

North Augusta has won the last two installments of this rivalry, including last season’s furious comeback on the road, the highlights of which are shown above.

Grovetown swept its way through region play last season with a record of 5-0, including a 30-14 win over Lakeside.

During each of the past two seasons, the matchup between Burke County and Thomson has been the most exciting game of the year. These are our two best football programs, and there is no better place in the area to watch high school football than the Bear Den. 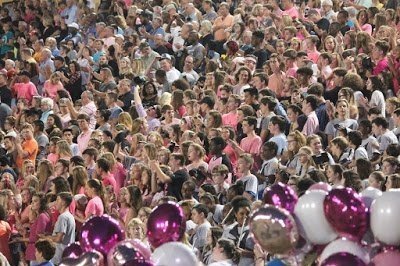 More to watch for from AugBball, SUVtv and Lineage of Champions

For 8 years, the CSRA All Star Bowl has featured area all stars of all ages. In fact, last season’s player of the game in the Underclassmen Bowl was Hephzibah’s Marshall Chambers, who might emerge this season as one of the area’s best quarterbacks.
Lineage of Champions and AugBball will extend that commitment to recognizing the area’s junior varsity and middle school standouts by providing weekly coverage of those games and featuring the highlights on the game of the week broadcasts.

Much more coverage also to be included

Many more games than those identified above will be included in this season’s coverage schedule. We plan to track most of the area’s teams, including those not mentioned above, such as Greenbrier, Butler, Aiken, Midland Valley, Augusta Christian, Screven County, Silver Bluff, Fox Creek, Westside, Josey, Laney, Glenn Hills and Lincoln County.
Related Topics: