Jalen Hardy scored on a put back with 12 seconds left to give Warren County a 61-59 lead that turned into a 61-60 victory on the road against its arch rival Thomson Saturday. Hardy’s bucket made for 2 of the 5 points the senior scored in the final minute as Hardy also calmly knocked down three free throws with 51 seconds remaining to tie the game at 59 after he was fouled shooting a three pointer from the right corner.

“Jalen Hardy is the heart and soul of our team. I knew he would come up big,” said an elated Uriah Myrick, Warren County’s head coach, an hour after the game ended. “When you check the stat book, Jalen hardly ever leads the team in points, but when you watch the film, he leads the team in rebounds and the other intangibles. So when it was time for him to step up to the plate and hit clutch free throws I knew he wouldn’t let his team down.”

Hardy scored 9 points, nearly joining three teammates in double figures as junior Lorenzo Johnson Jr. led the team with 16, including 11 in the second half, when he buried 3 of his 4 total three pointers for the game. Johnson nailed a pair of back-to-back bombs in the middle of the fourth quarter that turned a three point deficit into a 52-51 Warren County lead with 4:40 remaining in the game.

Ken’Vonte Brinkley scored 11 points for Warren County, and on the team’s final offensive possession he kept alive Johnson’s air ball three pointer with a putback attempt that missed but eventually led to Hardy’s game winning basket. Rashad Myers added 10 points and Cortavian Wilder chipped in 6. Myers and Wilder figured heavily in two key spurts that made certain the home team would not run away and hide from the visiting Devils of class 1A.

Thomson expanded a 7-point halftime lead to 12 with 6:34 left in the third quarter with a beautifully executed floater by freshman phenom Lavonta Ivery, who led all scorers with 19 points. But Johnson and Wilder led a furious run in which Warren County outscored Thomson 19-5 during a 6 minute stretch that ended when Wilder put the Devils ahead 43-41 with 30 seconds remaining in the third quarter.

Earlier, Johnson started the second quarter with 5 consecutive points, scoring on a streaking drive to the rim and a three pointer on the next play. Then after Myers scored a breakaway layup after a dime of a hit-ahead pass by Jatavian Allen, who collected a defensive rebound after Brinkley swatted away a shot by Thomson’s JC Brooks, Warren County had gained its largest lead of the game at 19-15 with 6:17 left in the third quarter.

Warren County would never lead by as much as 4 points again, as the Bulldogs quickly regained the advantage behind a second quarter spurt that featured freshman Jahkiaus Jones, who scored 6 of his 8 points in the first half. Thomson roared ahead when Jones scored on a drive going left on one possession, and then assisted JaQuan Hart for another bucket on the next play, after Jones beat his man going right that time. The between-the-legs dribble Jones whipped from his right to his left hand to freeze his primary defender, and then the inside-out move to blow by the second man, made the home crowd come alive.

By the time Ivery, who until 14 minutes into the game had been held scoreless, recorded the final three points of the half, Thomson had established a 31-24 lead halfway through.

For much of the rest of the way, the game seemed to belong to Ivery, who poured in 16 of his 19 points in the second half by relentlessly attacking the paint off the dribble and floating the most beautiful, high arching shots over helping defenders after blowing by his primary man. When Ivery scored all 7 of Thomson’s points during a 4 minute stretch in the third quarter, he helped hold off a surging Warren County. His three point play with 2:51 remaining in the period gave the Bulldogs a 41-33 advantage..

Later in the fourth quarter Ivery ran off another 5 consecutive points in only 16 seconds of elapsed time to re-establish a 49-46 lead for Thomson when he gave himself the third of his four three point play opportunities on a drive into the middle of the defense, and then quickly followed that with a putback in transition.

The final heroics from Thomson’s fantastic 6-2 freshman came when Ivery converted yet another three point play to put Thomson ahead 56-54 with 3:02 remaining.

The momentum seemed to be on the side of the Bulldogs when JC Brooks, who scored 11 points, including 7 by pounding the offensive glass, made two free throws to give Thomson a 59-56 lead with 1:02 remaining.

But the night belonged to the visitors, who very much deserved to celebrate after the emotional win. Coach Myrick made an outstanding point after the game about Warren County not receiving the credit it deserves for its excellent athletic programs, given its 21-7 record in basketball dating back to the beginning of last season, and its 17-8 football record during the same period.

“This win means a lot because our athletic program doesn’t get the respect it deserves. Not just in basketball but in all sports,” Myrick explained. “This win is something that words can’t explain. I don’t have a record of the last Warren County win IN Thomson took place. I know we have beaten Thomson on our home court, but I don’t recall the last win IN Thomson, or if it has ever happened.

“In all this win means a lot to me because the boys got a chance to be part of a legendary story in my eyes.”

Warren County improved to 4-1, while Thomson dropped to 4-2.

Warren County will host Johnson County Tuesday, and the next game on Thomson’s MaxPreps schedule reads next Saturday against Aiken at home. 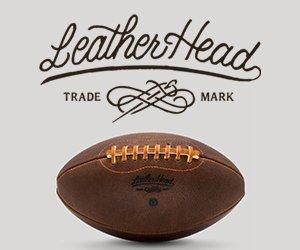 This is a simple story about two universal mysteries that fatefully converged on a YouTube video created by our friend...

Evans takes on Alcovy in a crucial game with big playoff implications. Evans enters the game in a three-way tie...

Harold Doby, Reggie Middleton and Roman Hill have turned a brand into a business, a lifestyle and a mental framework...

An instant classic from Warren County as the Devils battle the bulldogs to a last second finish.

Jaye Gant is a 6'7 senior hooper at Grovetown High School. He is in good academic standing and is on...

Greenbrier squares off against the Loganville Red Devils. Live from Greenbrier High School.